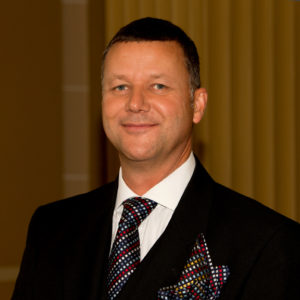 Keith has had a varied career, having served in the Royal Navy and the Metropolitan Police before moving in to engineering recruitment and, more recently, property development in London. He is a Freeman of the City of London and has been a Liveryman in the Worshipful Company of Distillers since 2008. Keith is married with two children and, in his spare time, enjoys good food and wine. He is also a lifelong supporter of West Ham United and, despite this, remains mostly cheerful. When time permits, he enjoys golf and swimming.

Keith was initiated into Amwell Lodge No 6459 in 1995 and served as their Worshipful Master in 2002. He is also a member of Hertfordshire Masters' Lodge 4090 and the Lodge of the Red Rampant Lyon No 9843.  He is an active member of both the Royal Arch and Rose Croix.