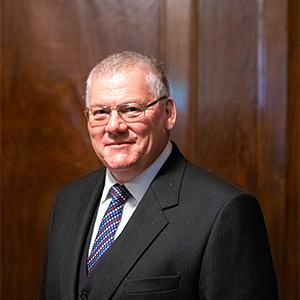 Ollie has been happily married to his wife Karen for over 30 years and they have two children and two young grandsons. Ollie’s interests outside Freemasonry are many and varied but mainly revolve around DIY, woodwork, dinghy sailing, kayaking and clay pigeon shooting. He also very much enjoys driving his Morgan +4.

Ollie was initiated into Bishops Hatfield Lodge No 6893 in September 1983 and has served as their Worshipful Master three times; in 1994, 2008 and 2015. During his various tenures he had the pleasure of both initiating and then, later, installing his son as Worshipful Master. He is also a member of Hertfordshire Masters’ Lodge No 4090 and Veritatem Sequere Lodge No 9615.  Ollie is also a member of the Royal Arch, the Knights Templar and the Royal Order of Scotland.